Learn How to Think with Karel the Robot. Chapter 11. Boolean Values, Variables, Expressions, and Functions

George Boole was an English mathematician and philosopher. During his era, logic was considered to be part of philosophy rather than mathematics. One of his greatest contributions is the mathematical formalization of logic which he introduced in his famous 1854 book The Laws of Thought. There he explained that logical processes and conclusions can be written using mathematical symbols and formulas, and he introduced his legendary Boolean algebra which long after his death became a fundamental pillar of modern computer science. 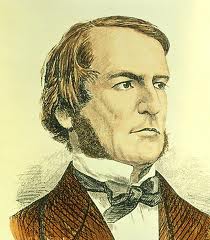 You certainly know the Harry Potter movies whose main stars are three young characters Harry Potter, Hermione Granger and Ron Weasley. One can state various things about them which are either true or false. For example, "Harry was born in the Suffolk village of Lavenham" is true. Actually, let’s use True instead of just "true" to emphasize that the evaluation of the statement resulted into a logical value. Analogously, evaluating the statement "Hermione Granger is a boy" yields False.

From Chapter 4 you already know the logical operations and, or, not. The operation not flips True to False and vice versa. For example, saying "Harry was born in Lavenham" and "Hermione Granger is not a boy" is True. This can be abbreviated as

This table is called the the truth table of the and operator.

Now imagine that you like to eat pizza. But not all kinds - you will only eat a pizza if it has cheese or salami on it. So, when we abbreviate "has cheese" by A and "has salami" by B, you will eat a pizza only if A is True or if B is True:

A or B is  True
If they bring you a pizza which only has cheese (A is True) but not salami (B is False), you will still eat it:
A or (not B) is  True
And you will also eat a pizza which does not have cheese (A is False) but has salami (B is True):
(not A) or B is  True
However, when a pizza has neither (both A and B are False), you will not eat it:
(not A) or (not B) is  False
These four outcomes can be summarized in another important table which is called the truth table of the or operator:

Looking at the truth tables above, G. Boole realized that if True was replaced by a nonzero number (let’s just say "nonzero") and False by 0, then the first table (of the and operator) would look just like multiplication:

You may have noticed that the first line has a minor imperfection, because the sum of two nonzero numbers can be zero (for example when adding -1 and 1). But this imperfection goes away when we limit ourselves from all nonzeros to only positive nonzeros.

11.4. Boolean values and variables in Karel

Karel provides the keywords True and False. For example, typing

The operations and, or, not can be applied to the Boolean values True and False directly. For illustration, this short program will reproduce the truth table of the and operator:

This program will reproduce the truth table of the or operator:

The True and False values can be assigned to variables. Such variables then become Boolean variables. For example,

The logical operations and, or can be applied to the Boolean variables. As a last example, let’s reproduce the truth table of the and operator again:

Karel has his own GPS device that reveals his GPS coordinates in the maze! The device comes in the form of two built-in functions gpsx and gpsy which return the current column and row the robot is in, respectively. Importantly, when Karel is in the left-most column, his gpsx is zero. When he is in the bottom row, his gpsy is zero.

For illustration, let’s have Karel traverse the entire maze from West to East and display his gpsx coordinate in each grid square:

Here is the program the robot will use: 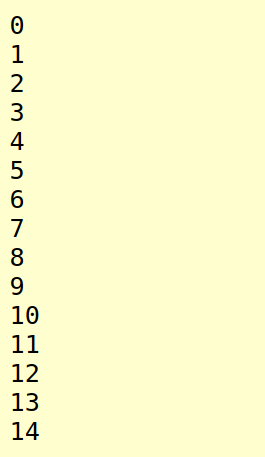 In the output you can see that the gpsx coordinate of the right-most column (where the home square is) is 14.

Next, Karel will ascend a snowy mountain, reporting both his gpsx and gpsy coordinates in every grid square he visits: 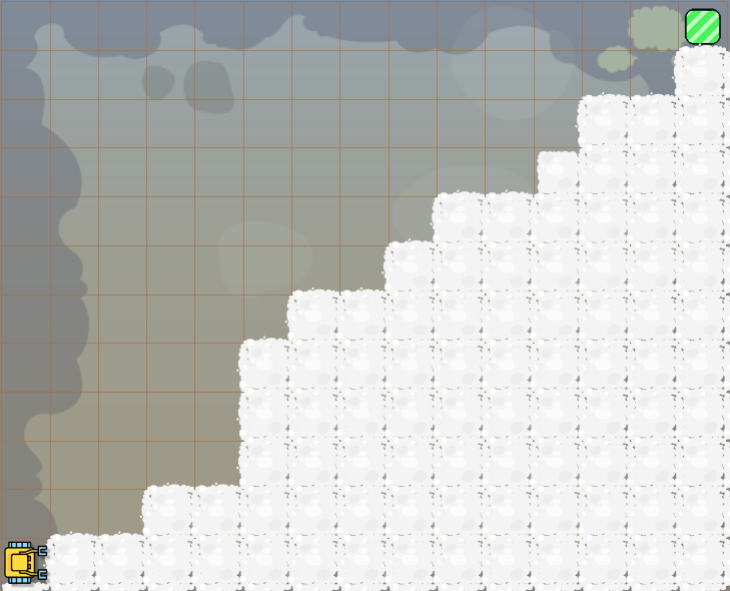 In the output you can see that the gpsy coordinate of the top row of the maze is 11.

You first saw these operators in Chapter 7, but at that time we did not know yet that they returned Boolean values True or False. That’s what they do! For illustration, look at this sample program which displays True:

Also, look at another sample program whose output is False:

Of course, Boolean values returned by the comparison operators can be stored in Boolean variables. This program displays True:

Using parentheses will improve the readability of the previous program:

And here is one last, slightly more complex example whose output is False:

As you know, Karel has a sensor north which he can use to check whether he faces North. He does not have similar sensors for South, East or West. Therefore, let’s define a Boolean function south which returns True if Karel faces South and False otherwise:

When he faces East, West or North,

As another example, let’s write a function border which returns True if Karel stands next to the border of the maze, and False when he stands in the interior:

As a last example, let’s write a Boolean function edible which returns True if Karel stands above an edible object, and False otherwise:

All Karel’s sensors for obstacles, collectible objects, and containers are Boolean functions. So are the other sensorse such as north, home and empty. The only exceptions are the gpsx and gpsy sensors which return integer numbers.

Here is the corresponding program:

In the following example, Karel faces West. He will make four right turns, displaying the value of the north sensor before every turn:

11.9. The if statement revisited

You have already seen the if statement in many different forms. It can be used to avoid crashing into a wall in front of the robot:

Or it can be used to make sure that Karel can move forward safely:

One can use it to check whether Karel has any objects in his bag:

Or, one can use it to detect whether Karel is facing North:

After seeing in the previous section that Karel’s sensors are in fact Boolean functions, you understand that the if statement expects a Boolean value. That’s how it decides whether its body will be executed or not.

The Boolean values True and False can be used with the if statement directly:

1if True
2  print(~The body of this if statement will be executed always.~)

1if False
2  print(~The body of this if statement will never be executed.~)

Especially for longer codes this is less work than having to comment out many lines.

11.10. Using the if statement to display debugging information

Displaying the values of important variables while the program is running is the oldest and most universal debugging technique. One can define one Boolean variable (named for example DEBUG) at the beginning of the code, and then use it in if statements throughout the program to enable debugging output:

When the DEBUG variable is set to False, no debugging information will be displayed:

After reading Section 11.9 (page 962) it will come as no surprise that the while statement expects a Boolean value. When True, the body of the loop is executed. When False, the loop ends. To illustrate this, let’s have Karel look for a place to cross a cactus field, displaying the value of the cactus sensor on the way:

After the program ends, Karel stands in front of the opening:

And here is the program output:

By typing while True one can create an infinite loop. Infinite loops are used in Python and other programming languages, for instance to wait for user input or some other type of event, to simplify the code when the condition behind the keyword while is too complex, or to emulate the do-while loop.

We can illustrate the process of waiting for an event by tossing dice. Karel has a function randint(m, n) which returns a random integer between m and n (including m and n). So, calling randint(1, 6) is the same as tossing a die. Imagine that Karel is playing a game and must toss a dice until he gets a six.

This can be done using the regular while loop. But the code is cumbersome because the line with the randint function, as well as the line that displays the value, must be there twice:

Here is an alternative code which uses an infinite loop while True to emulate the do-while loop. It only needs to use the function randint and the print statement once: 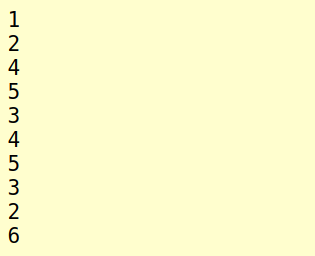 More about randomness and probability will be said in Chapter 12. There we will even show you that randomness can be used to solve difficult tasks which cannot be solved deterministically.

A
Australian musician who composed the song "True or False".
B
Host of the movie show "Truth or Consequences".
C
Russian programmer who created the video game "True or False"
D
English mathematician who studied logic.

QUESTION 11.2. What are the two values used in Boolean algebra?

QUESTION 11.9. Karel is in the right-most column of the maze. What will be the output of the code print(gpsx)?

QUESTION 11.10. Karel is in the left-most column of the maze. What will be the output of the code print(gpsx)?

QUESTION 11.11. Karel is in the second row from the top of the maze. What will be the output of the code print(gpsy)?

QUESTION 11.12. Karel is in the third row from the bottom of the maze. What will be the output of the code print(gpsy)?

QUESTION 11.13. What will the code print(north) display?

QUESTION 11.14. What will the code print(home) display?